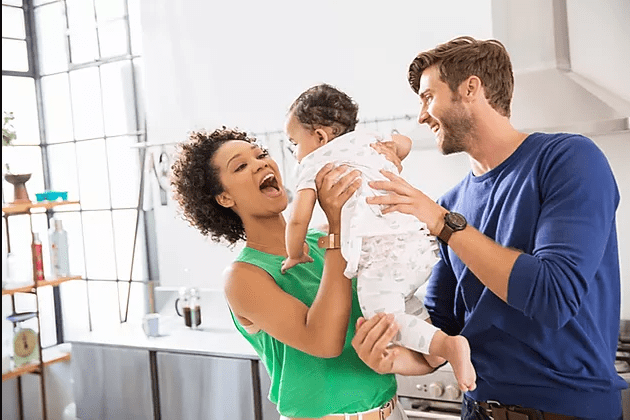 These parents used the right wording and SavvyFi’s college savings app to ask for college fund money instead of gifts on their daughter’s first birthday…and received over $900!  See how they pulled it off!

It was their little one’s first birthday.  Jessica and Michael had survived the first year of parenthood!

They watched their little girl Emma go from just noticing that there was a world around her to mischievously exploring it.  It was a momentous occasion for the two young parents, and an emotional one.

It was a cause for celebration for more reasons than one.  Not only was Emma transforming from baby to toddler soon, but Thanksgiving was right around the corner as well.  Emma would be sharing her birthday celebration with the native Americans and pilgrims this year!

The young couple sat down to plan out the month ahead.  They would be inviting more than 50 friends and family members to their house to celebrate an early “Friendsgiving” and Emma’s birthday.  That meant providing lots of food, drinks, and pre-planned entertainment to keep Michael’s wild group of buddies from college from creating their own forms of entertainment.

Jessica   and Michael were excited that Emma would be surrounded by so many loved ones on the joint celebration, and they wanted to do something special for her.  They had already received so many pairs of clothes, extra strollers, duplicate car seats, and stuffed animals during her first year; she had truly been showered with a lot of love.  So much so that the young couple was running out of space in their small home!

Asking For College Fund Money In Lieu of Gifts

They had started a college fund for Emma several months back – although they hadn’t contributed much to it yet – and they thought, “wouldn’t it be great if our guests, who will surely bring gifts even if we tell them not to, were able to contribute to Emma’s fund?  That would help free up space in our home but would also be a super meaningful gift!”

Michael was jazzed about the idea, but Jessica was concerned.

“Is that something we can ask for?  Doesn’t it feel weird to ask for money from our friends – especially the ones we aren’t super close with anymore?”

The Right Way to Ask For College Fund Money

Michael wasn’t convinced that they should feel weird.  He knew that friends and family would love the idea; they just had to present it in a non-tacky way.

He quickly spun up a Facebook event invite.  Some clever wording here, a witty pun there, and he was ready to make the ask.

He also didn’t want to specify what people should and should not bring.  He remembered receiving a bit too much direction in the past from friends at their childrens’ birthday parties, and he didn’t like the feeling of not being able to personalize his gift.

Here’s the gist, he thought:

Emma thinks it would be great if you donated to her college fund this year.  She also thinks it would be special if you brought items for us to take to the homeless shelter.  But most of all, she just wants to see you on her special day.

There!  Who could get ruffled by those options?

He also included a link to his college savings app, so friends and family could contribute directly to the college fund through their phones and computers.

Good thing, because most of their friends wouldn’t be able to find their old checkbook anymore, and they wouldn’t have to worry that Michael and Jessica would let the funds linger in their bank account a bit too long.

After Jessica and Michael sent the event invite out to over fifty of their friends and family, they waited for responses.  After the obligatory off-color comments from Michael’s buddies, they were pleasantly surprised to see two $25 gifts come into the fund.  Not bad.

Then weeks went by without any activity.  Jessica thought, “I hope we haven’t offended anybody.”  Michael was less worried – and maybe a bit overconfident in his invite wording.

As the day before the big celebration came, Michael and Jessica were overwhelmed with cooking, cleaning, runs to the store for last-minute necessities – oh, and their soon-to-be one-year-old up to her typical mischief.

When they shut down for the evening, they noticed that several more notifications had come through.  Three other friends had contributed a total of $150 dollars to Emma’s fund.

“Wow, this is starting to get interesting” Jessica said to Michael.

The day of the party, another $400.  The following week, several friends that weren’t able to attend contributed some additional funds.  Uncles and Aunts that were on the event invite but lived out of state put in $100 each.

All totaled, within two weeks after Emma’s party, Jessica and Michael had received over $900 from ten friends and family members.  What made it sweeter was the fact that their house was not covered with new gifts that they had no room for!

“That was easy,” Michael thought.  “How did we pull that off?”

“Yeah, we definitely need to keep this going at Christmas time,” said Jessica.

According to Sallie Mae, the average amount saved by parents with children aged 13 – 17 is around $23,000.  If Michael and Jessica continue with their new birthday tradition, they could surpass this amount without using a single dollar of their own savings.

Michael and Jessica could save over $23,000 in Emma’s college fund if they continue their birthday gift tradition

With the average student debt load approaching $30,000 for recent grads, Michael and Jessica are proud to know that they are setting Emma up for a much easier start to post-college life.  With that checked off, they can get back to watching her learn to walk, talk, and leave a trail of destruction as she moves through the house. 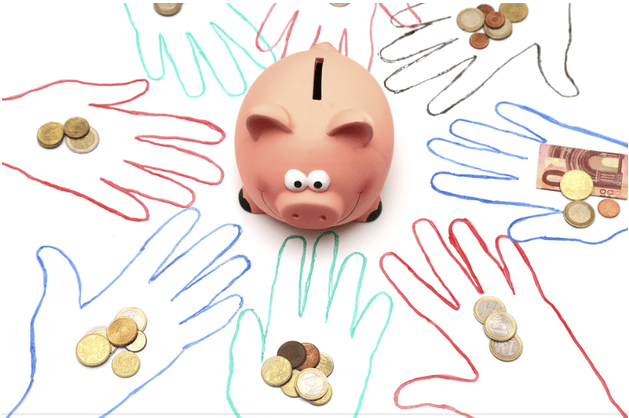 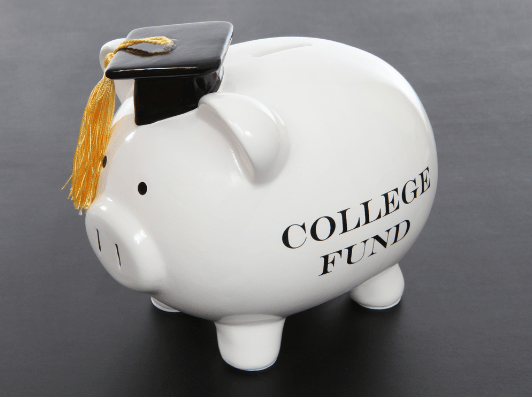 What Is A 529 Plan? Tax-Free College Savings Explained 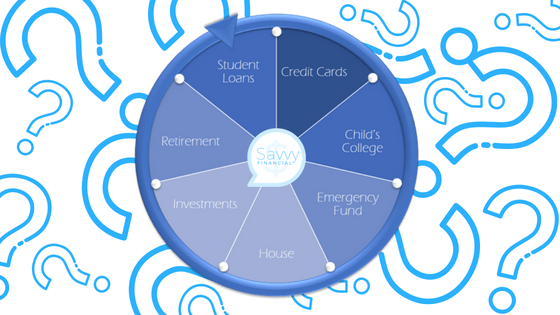 Should You Pay Off Student Loans Or Save For…

Our expert team is on standby to answer any questions you may have about SavvyFi’s platform.